Hell Of A Life 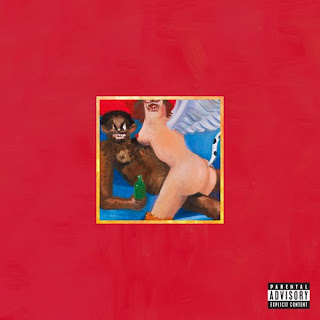 SheHateMe: How would you rate Ye's album?

ComputerLove: At this point, it's just as honest as How I Got Over AND Thank Me Later with a broader range of sonics and emotions.

SHM: I'm gonna say this: if Yeezy doesn't get a classic rating on this, the industry is a bunch of political asshats.

Niccolus: He isn't going to get a classic rating on this because people are going to complain about how Auto-tune is so over.  I predict the following line in a review "while the material is fresh it feels like its dated back to 808s"

SHM: Then that reviewer needs not review anything else. Ever.

CL:  It's like a fusion or composite of his previous opuses.  If there was Auto-Tune on MBDTF, then it was imperceptible, or used very subtly

N:  I agree with you both. I think my only disagreement with the album itself was it should have been double disc.

CL:  I respectfully disagree with the notion that it should have been a a double disc. Would be too much. Overkill.

N: I'm still hoping @kanyewest drops the sheet music or tab sheet for MBDTF sometime because I'd love to play it.

CL: I often feel that there's nothing new under the sun, then someone like @kanyewest chefs up some fresh new shit

SHM: Agreed. @kanyewest did what other artists are afraid to do: make music true to themselves.

N: I agree. There is one other artist who does just that: Kid Cudi.  I think it's that newer artists are afraid to take the risk because labels are less than willing to do so.  I think a bonus disc with the G.O.O.D. Friday tracks they have been left off would have been nice.  The G.O.O.D. Friday tracks that were left off by themselves are better than most major releases this year.

CL: That's actually a very good idea right there.   'Ye took 5 artists I don't really care for all that much - to a certain extent (CuDi, Ross, Rihanna, Minaj, & CyHi)... and used them sparingly to obtain a great end result on the album. He's a great chef.

SHM: YES. And I have to give props where props is due: Minaj delivered the verse of her career (so far) on Monster.

N:  I know what you mean. I typically cringe when I see any of those names but Kanye is making them tolerable to me.  I would hate to be the rap blog or magazine that rates Teflon Don higher than MBDTF.

SHM: I'd hate to be the blog or magazine that rates Thank Me Later higher than MBDTF.

Biggga: Yeah the album has 1 weak joint on it. It is a great album.

SHM: What did you think was the weak joint?

B: Hell Of A Life is the weak link in a damn near perfect album.

C: He knew exactly what he wanted on each song and A&R'ed his own shit.  I'm predisposed to having an aversion to downtempo/slow/emo songs on rap albums, but there isn't a weak joint.  I was gonna say Blame Game & Hell Of A Life I initially wasn't feeling, cuz they're slower/softer.  (Pause)

SHM: Exactly. I've been listening for 72 hours... I can't find a weak link. Sonically... it's damn near perfect.  I wish I could agree with you, B. We rarely disagree... Hell Of A Life not only FITS, but it's a lyrical win.

B: We can agree to disagree. I have listened to the album 3 straight times and that's the only song that I'm not feeling.

CL: My only gripe w/ Hell Of A is that the melody from the chorus "borrows" heavily from Black Sabbath's "Iron Man".

SHM:  I can dig that. I was feeling that way too, initially.

N: Funny you should mention that because I liked that about the chorus rather than something generic.  There is no weak joint to me on the album but I'm a fan so I'm biased. I supported crushing Taylor Swift.  If Taylor Swift would have been swift with the thank you speech, shit like that wouldn't happen.  "I want to thank my mom, God, my label and the groupies." 32 seconds. OUT!

SHM: That's true! *pulls out Wrap It Up box*

N: Back to Nicki Minaj for a second, isn't the fact the album comes out in nearly a week and there is no leak a bad sign? Think about Fat Joe.

CL: Same thing with Lloyd Banks. I haven't given the reason much thought though. Too busy listening to MBDTF.

N:  I think the reason Nicki Minaj gets so much praise is that being female is seen as a handicap in rap.  She's going to stand out when you compare her to Foxy Brown, Yung Berg, Remy Ma, Trina and other females, but compare her to everyone who's released an album in the past 12 months and she will be subpar.

CL: She's got room to improve and potential to grow.  I'm not writing her off just yet, not by any means.

CL: Pee Wee Herman? Ha, I'd actually like to see her jilling off in a movie theater... help her, even.

SHM: Same here. She DOES have a body on her... even if it's mostly plastic.

N:  I was all for giving her a chance but then she over saturated the market.  Good artists disappear while they craft albums. They don't show up on EVERY SONG between releases.  It's the same argument we have against Drake. So Far Gone was good, but sit down, shut up, and make the album.  If Drake had time off like between Comeback Season and So Far Gone, Thank Me Later could be better.  'Ye ran off between College Dropout and Late Registration. Dropped Freshmen Adjustment 2 but was out.

SHM: EXACTLY. Good point. Even Beyonce sat down this year.  That's a hell of an achievement.  And before we continue, can we just say that Blame Game is song of the year? Just saying.

CL: "Yeezy Taught Me" is already a catchphrase immortalized in the annals for the Rap Skit Hall Of Fame.

N: Blame Game is easily song of the year. If it's a single, it will cross over and hit all charts.

CL: In a way I think that skit is an analogy for how Yeezy done stretched out Hip-Hop's pussy and it's not the same.

SHM: So damn true. Drake... not even CuDi or Common can come subpar now...

N: Common's next album is going to be great. Why? He is done with Serena. When Common is in love we get shit.

CL: But yo, what artist has continually built openly and added to their catalog with each consecutive album?  It's like a series, saga, legacy or whatever.  I mean, yeah, it's subjective.  In the end, it's "artistic appropriation", but Drake don't have a catalog though... yet.  With 'Ye, there's almost this loose, albeit running, narrative.

CL:  Pretty much, like the Undefeated clothing line logo.  It seems he finds a muse in his downtime.  WOMEN.  And not just smashed females and romantic interests, but his mom and Taylor Swift.  God forbid Beyonce divorces Jay-Z. I can't even fathom the musical potential between the 2, let along the Camel heartbroken.

N: Pretty much.  Jay is hip-hops Brett Favre.  His accuracy can be deadly when the icy hot is working but its no longer 100%.  Kanye gives us new shit with each female he smashes.  We need to keep him stocked in bitches.

SHM: I agree with this plan... but they need to be slightly off kilter. Who can we pick?

CL: Why not go for the gusto?  I say Michelle Obama or Oprah Winfrey.  Or Janet Jackson.  Make Jermaine Dupri cry.

SHM:  I'm down with that.  Janet will make Ye drop something like Here My Dear or Songs In The Key Of Life.  Then Ye will kill himself.

SHM: Ok, that'll work!  But we need to strike while Diddy feels betrayed by Jay Elec so he can produce it.

N:  True, but Mary is still in denial things are over in relationships.  Now I have an idea, but I need you guys to follow me on this one: Lindsay Lohan.

N:  Lindsay has the passion for fashion and a passion for passing out and partying hard and dyking.

SHM: Hmmm... ok. Okay. That'll work. But we'll have to be careful she don't introduce coke to 'Ye.

N:  That's the brilliance of Lohan: Cudi the Coke Monster.

N: 6.  It gets one extra for the skit with Chris Rock.  If Rick Ross is getting 3 and a half, then Ye deserves 5.  Ross wasn't even on half the damn album.

CL: And Lex Luger recycled beats to produce half of it.  Man, that shit was a BMF Maxi-Single with bonus tracks.

N: Teflon Don was basically a "What if DJ Khaled executive produced an album?"  The only way I was able to sit through Teflon Don a second time was I kept yelling "Cluemanatti" during it.  And to think he's going to drop another album next year.

SHM: Damn shame.  Ok, then it's settled.  Five cigs plus a bonus one for Chris Rock... who damn near stole the album.  You know what?  I gotta thank Yeezy.  And when I see that nigga, I'm gonna thank him.  I'mma gonna buy the album, I'mma download that motherfucker, I'mma shoot a bootlegger.

LM Entire AO at "I Need A Girl 2011" and including Yung Berg in with the female rappers. This was straight comedy and I agree, this was a dope album. Ye is a tortured soul and it comes through in his music... I love that. 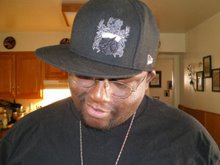 Invisible? You tell me.

She Hate Me
Portsmouth, Virginia, United States
I'm a Gemini. I'm also a father, a son, a brother, a cousin, a nephew, a best friend, a lover, a secret lover (!), a diary for the masses, and the best man for the job, whatever that may be. I am a 28 year old male who is in love with (almost) everything hip hop, actually, music in general; women, life, and the pursuit of happiness. Any other questions, just ask me, I'll be more than happy to let you in my mind for a quick tour.

Branch Out... Learn Something

Blogs Of The invisible Soul by She Hate Me is licensed under a Creative Commons Attribution-Noncommercial-No Derivative Works 3.0 United States License.